Probably his most clamorous sculpture depicts Christ crucified on the wings of a United States fighter plane, expression of a ferociously anti-clerical anti-colonialism position, evident criticism of the war in Vietnam and synthesis, at the same time, of the critical power of his art, a constant during his sixty-year career. Dated 1965, the work, entitled Western and Christian Civilisation, is one of the most intense works by León Ferrari, the artist convinced that art is not “beauty and originality but efficiency and chaos”. The Centre Pompidou presents the first exhibition in a French museum dedicated to the Argentinian conceptual artist, a top player in the post-war Argentinian art scene, author of a proteiform work that combines sculptural inventiveness with critical awareness, through an art resulting from continual metamorphosis, of a formal experimentation which favours collage for expressing concepts that are often antithetical. An engineer by education, it was in Italy that León Ferrari created his first ceramic sculpture, displayed in Milan in 1955. Returning to Buenos Aires, he set his sights on new materials, wood and iron wire, with which he gave life to his fragile constructions. What really struck him, however, was the violence of his times, particularly, the war in Vietnam. The “barbarism” of the Western world seeps out of many of his works in fact. 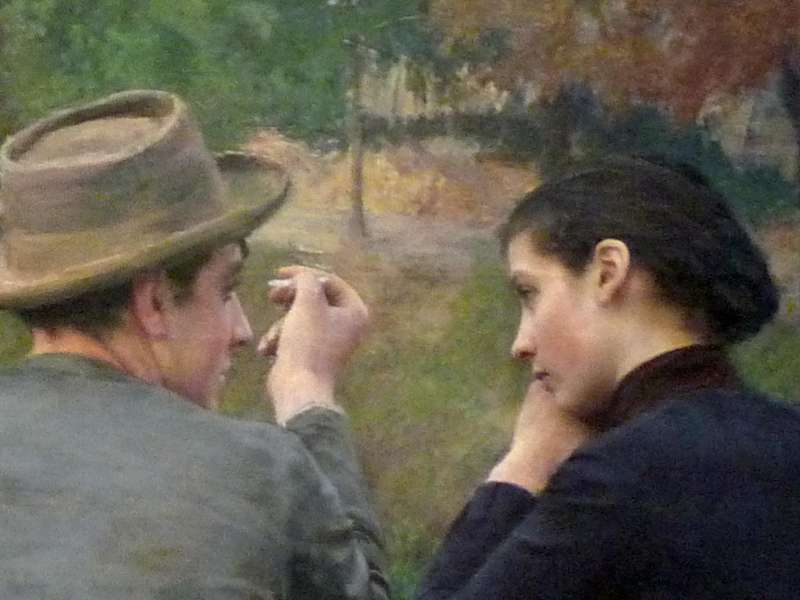 #Exhibitions
In the Theatre of Emotions. At the Musée Marmottan, a Journey through the Soul of the West
From tenderness to madness, from fear to passion, eighty paintings express how the depiction of feelings has changed over the last five centuries.
Read more

Built around the samurai, the exhibition, through prints, armour, works of art and photos, retraces the many aspects of these warriors.

An exhibition looks at the career and personality of one of the most-beloved actresses of all time.

#Exhibitions
Myth and Nature - in Finland with Gallen-Kallela
At the Musée Jacquemart-André, 70 works offer a look at a master of Scandinavian art and his irresistible attraction for the lands of the North.
Read more