History and Memory in the Work of Andro Wekua

History and Memory in the Work of Andro Wekua
#Exhibitions 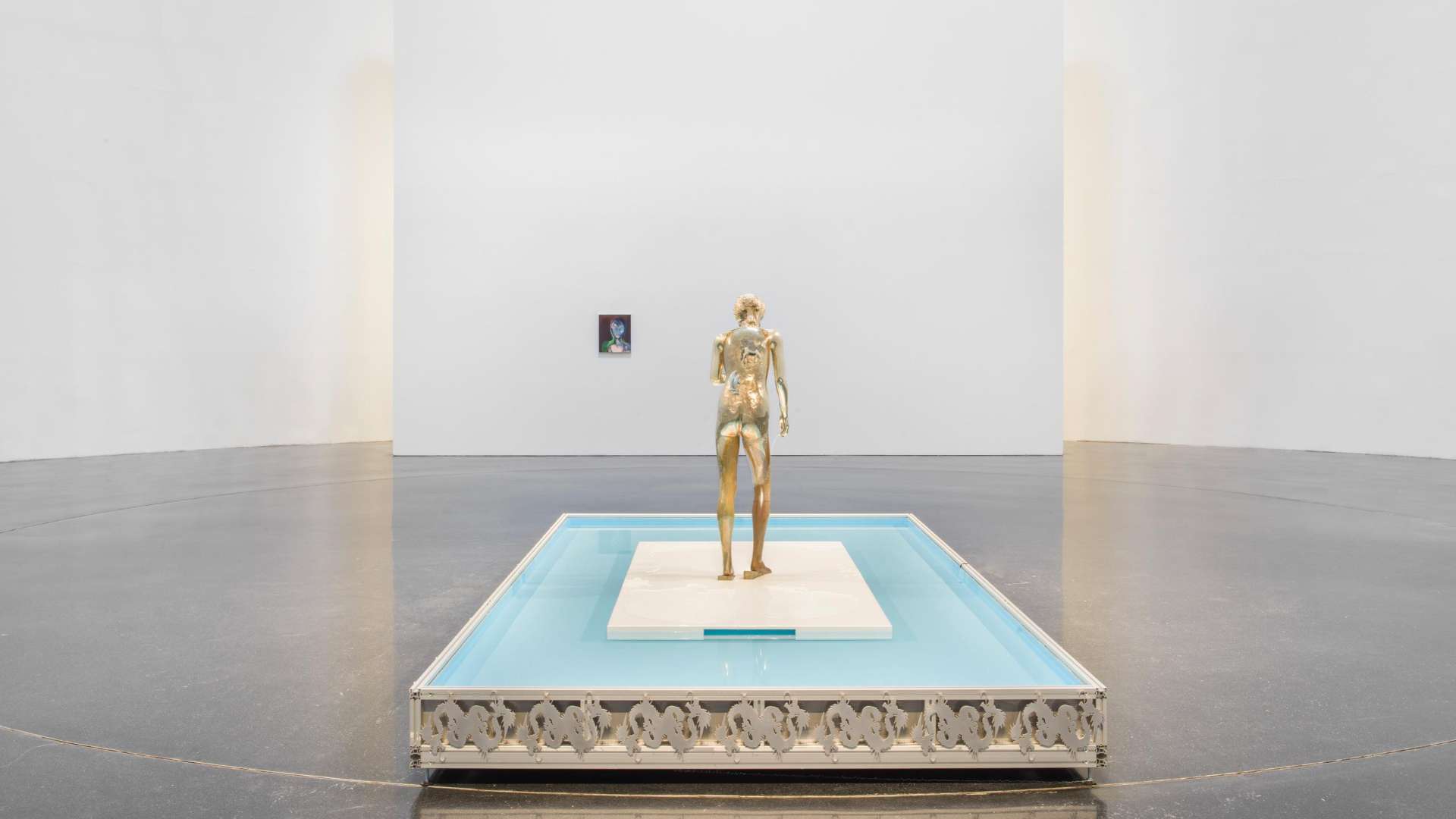 “My work is about trying to create something both artificial and natural, artificial figures that have something to do with something real. I manage to see many things clearly while I can only perceive others out of focus,” says Andro Wekua about his artistic practice, anticipating the central themes of his first personal exhibition at TANK Shanghai. A small number of works but with high emotional and visual impact greet spectators. In particular, it is difficult to forget the sculpture-fountain which has as its protagonist a child with his back turned, as well as several dolphins and a winged Pegasus on his back. The few trickles of water which spurt from his hands are a symbol of a vital force, present but concealed, not volatile. Melancholy and vitality are also the sentiments that mark the canvases on display. Flooded with strong and overruning colours, the paintings - whose subjects are often rendered in an almost-infantile manner - are also inhabited by abstractions and figurations, real and imagined, dreams and anxieties, drawing troubled thoughts and anxieties to the surface. In this context, added semantic value is affixed to the profile of a child protected by the hands of an adult as they observe the devouring flames in the form of fluid brushstrokes and the material-based ruins emerging from the canvas.

#Exhibitions
Chinese and International Artists for a Tribute to Abstract Art
John Armleder, Cai Guoqiang, Tony Cragg, Daniel Buren and many other masters to celebrate the Long Museum.
Читать дальше

#Exhibitions
The Infinite Possibilities of Glass
The art of glass according to the new Chinese master glassmakers.
Читать дальше

#Exhibitions
Aaron Johnson - The Control and Unpredictability of Painting
The work of the American artist explores diverse human experiences, playing with a vast range of nuances.
Читать дальше