An American in Paris - Shirley Jaffe at the Centre Pompidou

An American in Paris - Shirley Jaffe at the Centre Pompidou
#Exhibitions

In one of her provocations, she affirmed to have discovered Pierre Bonnard in New York and Jackson Pollock and Andy Warhol in Paris. Shirley Jaffe, American painter, who settled in Paris in the 1950s, is a point of reference for abstract painting in the XX and XXI Centuries. Reserved but cordial, curious but extremely discreet in her private life, Jaffe, in 1969, moved to Rue Saint-Victor, the studio she would never abandon, continuing to paint there until her final breath. The Centre Pompidou dedicates, to the artist, the first retrospective that allows a reconstruction of the artistic journey of this original painter who made France her adopted home. Upon her death in 2016, Shirley left a body of truly rich abstract works of which a significant nucleus was donated to the French state, received by the National Museum of Modern Art in 2019. Placed in chronological order, the works on display illustrate how the artist had to abandon her initial technique to bring increased tension to her artistic experience, ceaselessly moving towards a geometric style. The itinerary offers works from various periods, as well as study notes presented to the public in glass display cases along with other archival materials. The emergence of the abstract expressionists allowed space for the radical break that brought Shirley Jaffe to abandon her technique at the end of the Sixties, finally giving way to the large canvases of her more mature years, with their free form and incisive whites. Simultaneously, the exhibition explores the path of her rapidly created gouache works on paper. The works, initially marked by urban inspiration, with chessboard and column motifs, slowly made room for solid blocks, methodically disjointed, isolated by an increasingly-present cement white. Built around the samurai, the exhibition, through prints, armour, works of art and photos, retraces the many aspects of these warriors. 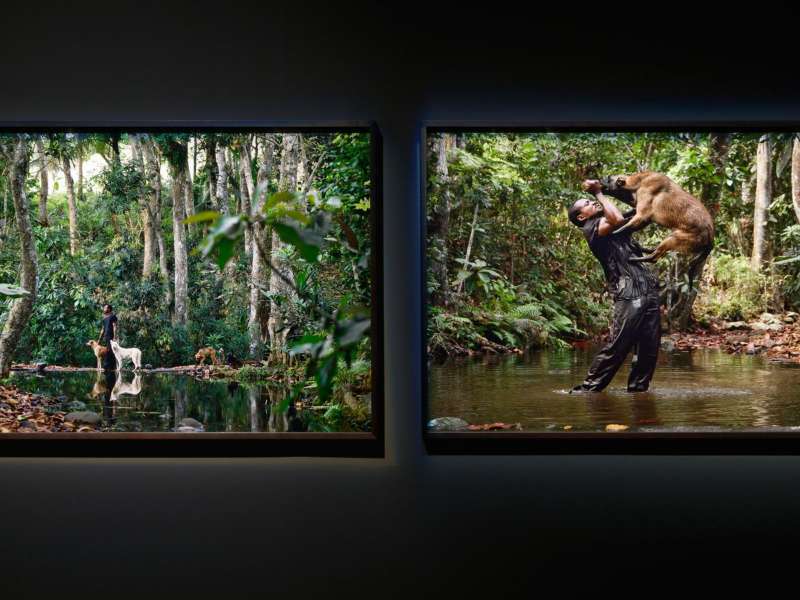 #Exhibitions
The Photography of Laura Henno at the Palais de Tokyo

A territory of sharp contrasts, lacerated by migration policies and an omnipresent colonial legacy mark this artistic itinerary.

#Exhibitions
The Poetry of Edvard Munch, between Love and Death, at the Musée d’Orsay
Ten years after the last retrospective dedicated to him, the Norwegian artist returns to Paris.
阅读更多