The Attractions at the Garuda Wisnu Kencana Cultural Park

The Attractions at the Garuda Wisnu Kencana Cultural Park
#BulgariStories 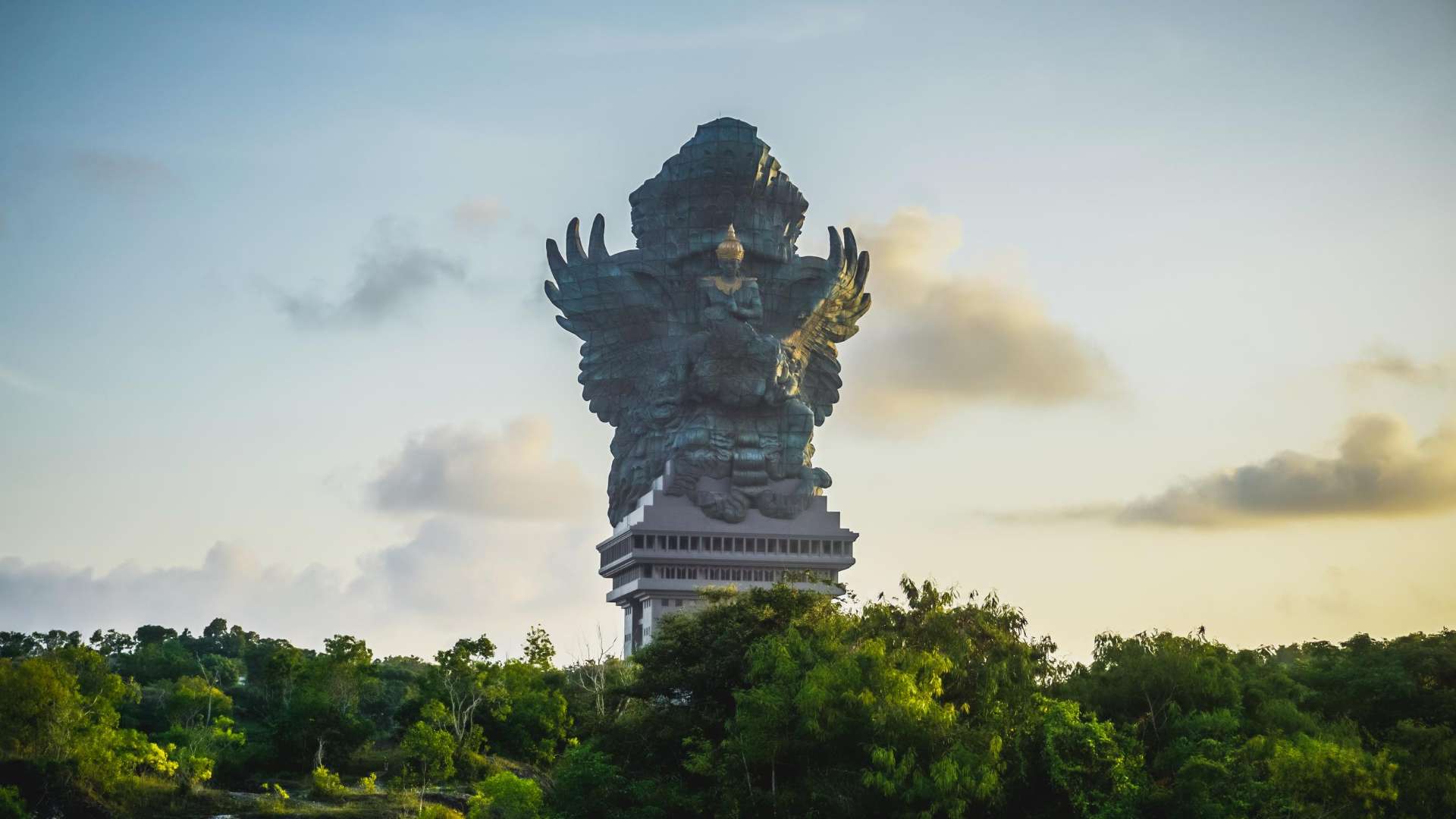 A fascinating 60-hectare cultural park with stunning views of the island where one can enjoy cultural and cinematographic events. Performances, concerts, exhibitions and conferences, but also shopping and restaurants illuminate the sixty hectares that host the Garuda Wisnu Kencana Cultural Park (GWK) in Ungasan. A lively and stimulating park with panoramic views overlooking various parts of the island where visitors can learn about Balinese artistic and cultural traditions in all their forms and which is home to Indonesia’s tallest statue, Garuda Wisnu Kencana, symbol of Indonesian civilisation and an emblem of Bali. Depicting the Hindu god Vishnu with his mosaic golden crown (kencana) riding the mythological bird Garuda, this incredible sculpture was designed in 1997 by Nyoman Nuarta, only to be finished in 2018 because of local controversy connected to the religious work being relegated to the mere scope of tourism. Reaching almost 121 metres in height and weighing 4000 tons, it is the largest monument on the island and the fourth largest in all the world. Organised tours allow visitors to admire the various statues and attractions within this immense park, such as Wisnu Plaza and the Indraloka Garden (honouring the God Indra), the enchanting Lotus Pond which hosts public and private events, such as fashion shows, gala dinners and concerts or where you can take in a Barong dance at the Street Theatre. 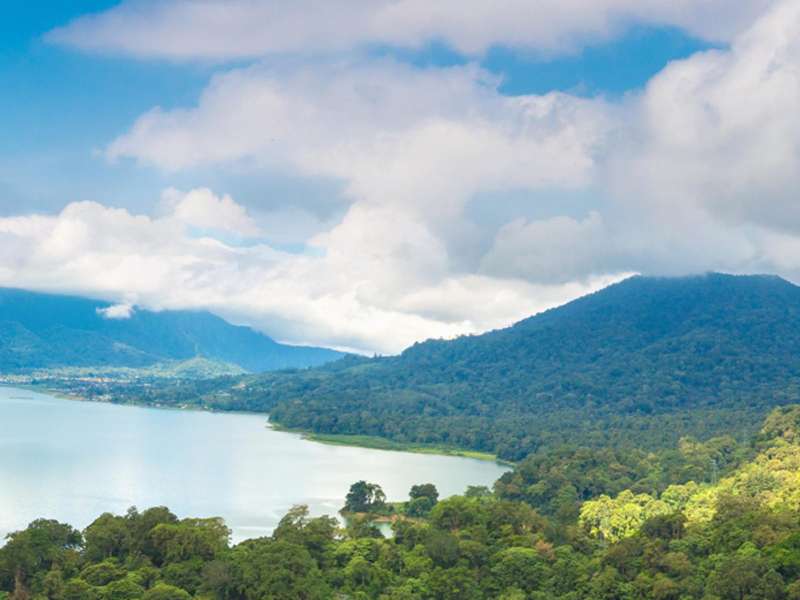 #BulgariStories
Twin Lake View
From a stone platform in the mountainous region of Munduk, close to the famed Wanagiri Hidden Hills, you can admire the remarkable view of the “twin lakes” Buyan and Tamblingan.
자세한 정보 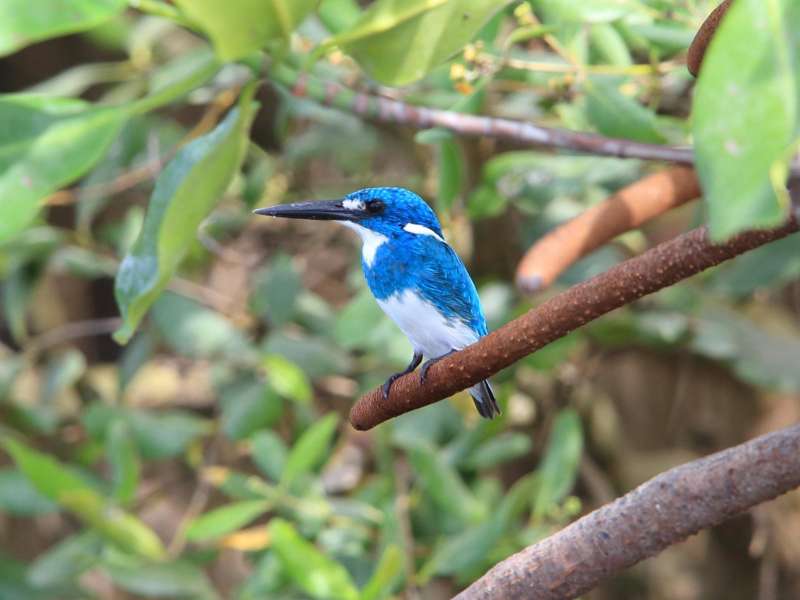 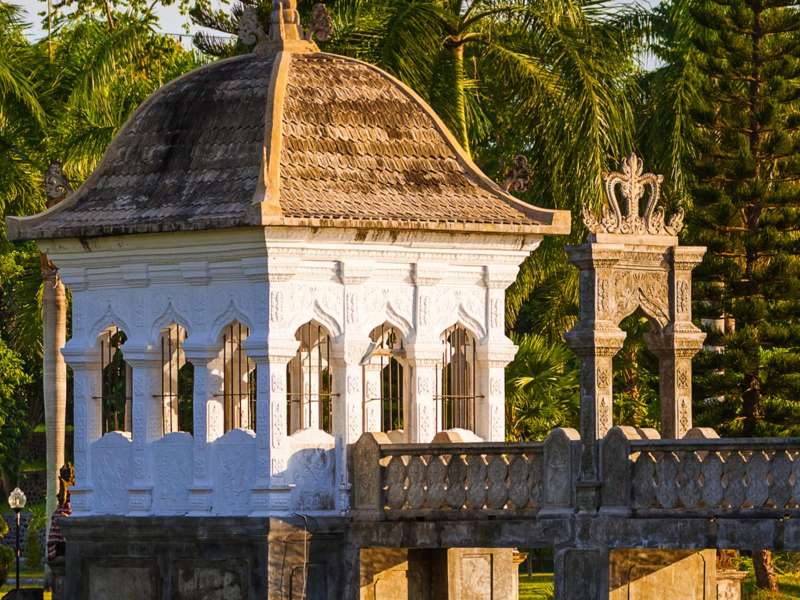 #BulgariStories
Unusual Architecture for Meditation - Taman Ujung Water Palace
In 1909, the King of Karangasem ordered two architects to build a pool in the aquatic garden of Taman Ujung which would serve as a place of rest and meditation as well as a location to entertain the kingdom’s guests.
자세한 정보 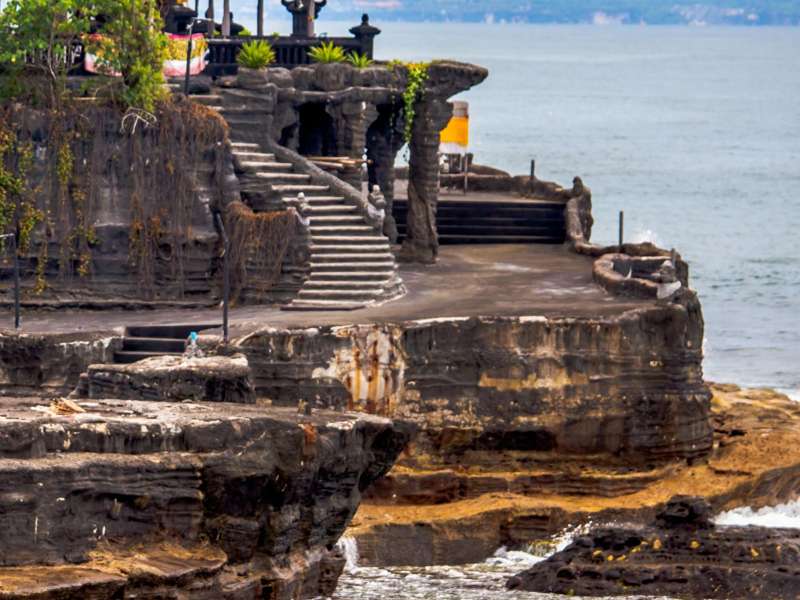 Thousands of religious pilgrims, visitors and photographers crowd the area of the legendary Tanah Lot, the Hindu temple which floats over the sea, built on a rocky island which can only be reached at low tide.