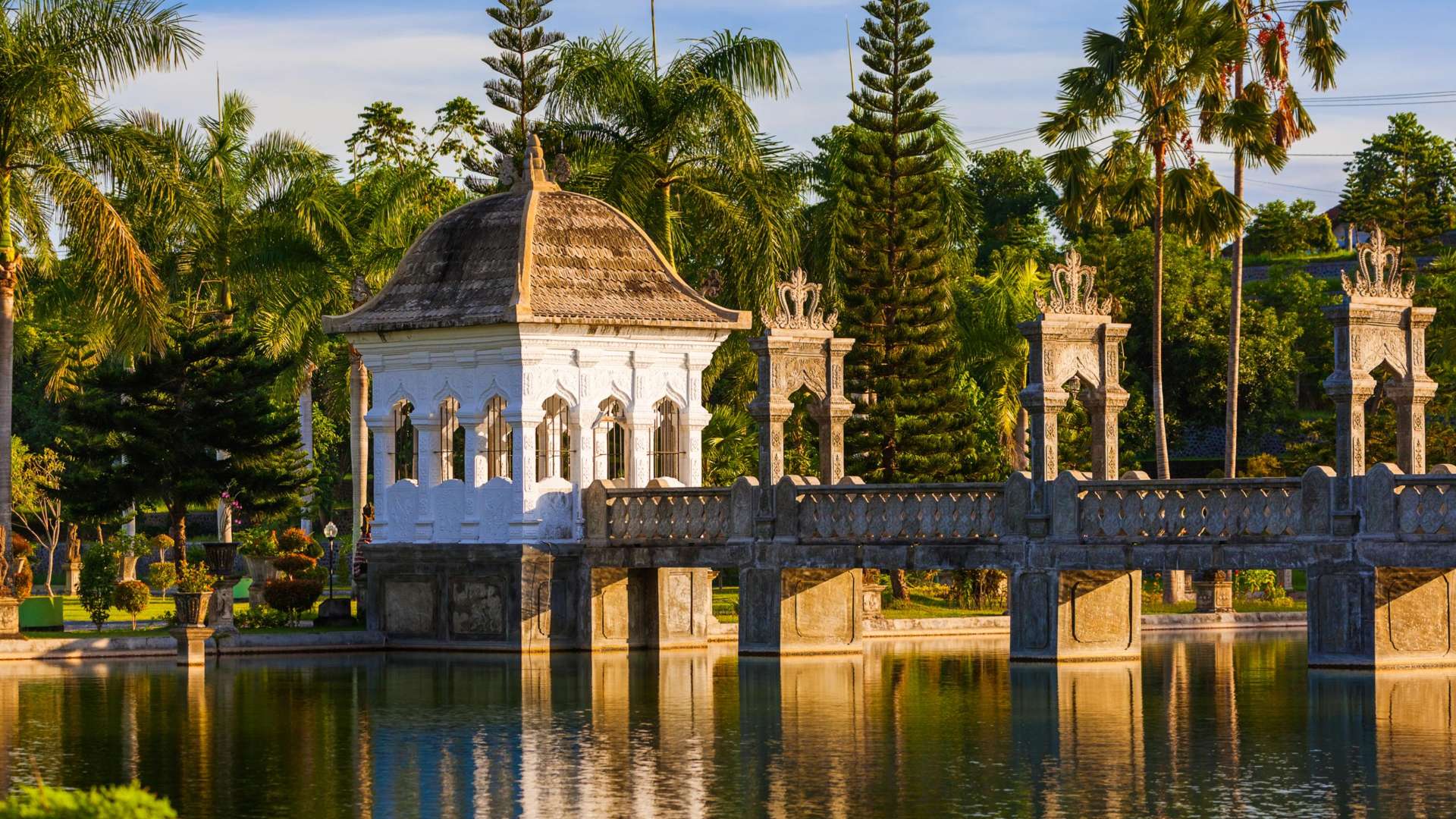 In the regency of Karangasem, there is a palace suspended in the water in an aquatic garden stretching over ten hectares between the sea and mountains which looks like something out of a fairy tale. The “water palace” of Taman Ujung, Gili Bale, towers over the waters of the principal pool of the park, built in 1909 under the King of Karangasem Anak Agung Anglurah, who ordered two architects, one Dutch and one Chinese, to build Kolam Dirah, the pool which would serve as a place of rest and meditation, as well as a location to entertain the kingdom’s guests. Begun in 1901, the park was concluded and opened to the public in 1921, during the period of the Dutch occupation of Indonesia. The complex, restored following an eruption of Mount Agung and an earthquake that occurred between the ‘60s and ‘70s, is a splendid blend of various architectural styles, composed of three large pools connected by characteristic carved-stone bridges. Later, several spots for meditation and two pavilions were built, a floating one named Taman Gili and one dedicated to rest. Bale Bengong is the name building without walls at the centre of the western pool with its singular pillar bearing the roof. There is also a temple inside the park, Pura Manikan, with a spring of holy water. All of this surrounded by a truly magical atmosphere with decorated columns, buildings and statues immersed in natural beauty.

#BulgariStories
Nyaman Gallery - Contemporary and Local Design
A multidisciplinary space where urban art, handicrafts, photography and design come together in harmony for a total experience in international and local art.
Baca selengkapnya

#BulgariStories
Myths, Stories, Legends - 212 Photos to Explore the Mystical Side of Bali
Ancient Spirit of Bali by photographer Ida Bagus Putra Adnyana is a unique collection of images of the culture and decorative majesty of local ceremonies.
Baca selengkapnya 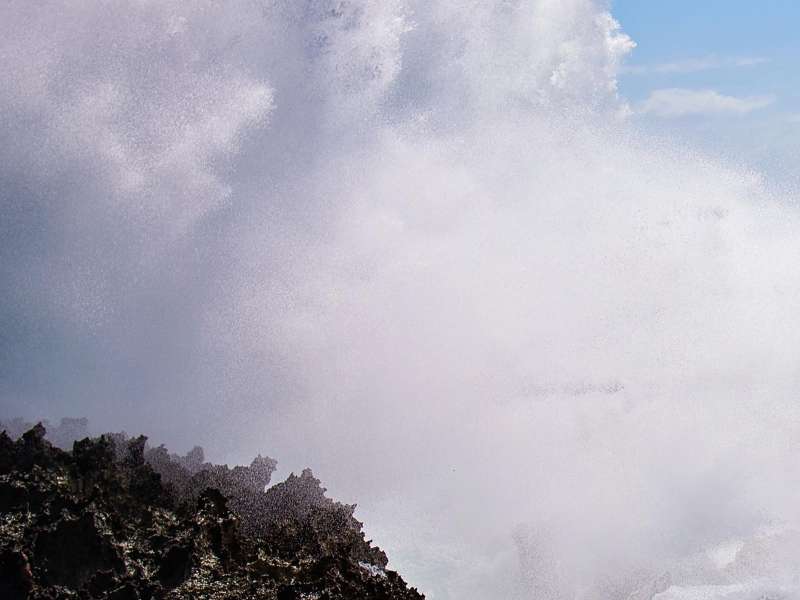 #BulgariStories
Water Blow - The Power of Nature in Nusa Dua
In Nusa Dua, there is a place where you can watch a natural spectacle known as the Water Blow - a blast of water created by the ocean waves crashing on the rocky shore.
Baca selengkapnya