The hard-stone Florentine mosaic is an ancient technique which allows precious and semi-precious stones to be moulded into highly intricate and detailed scenes. It was already known in the XV Century, but it was thanks to the Medici Family, lords over Florence between the XV and the XVIII Centuries, that it became truly noteworthy, reaching its apex in 1588 with the creation of the Opificio delle Pietre Dure - a workshop for working in hard stone - called for by Grand Duke Ferdinando I. The Medici Family, beyond shaping the political and economic life of the city, also had a profound impact on the patronage of the arts in Florence and elsewhere, encouraging talent in every sector of the arts. Furthermore, thanks to their vast network of commerce, the Medici were able to accumulate a collection of precious and semi-precious stones with which they commissioned stunning and immensely symbolic works of art. One of these, known as the "Tavolino di Gioie", is, today, one of the most precious permanent pieces of the Louvre of Abu Dhabi. It consists of an alabaster top inlaid with jasper, bloodstone, cornel, lapis-lazuli and other precious and semi-precious stones. Commissioned by Francesco I de ‘Medici, it was created by sculptor Bernardino di Porfirio of Leccio following a drawing by Giorgio Vasari, between 1568 and 1577.

#BvlgariStories
Mysteries and Wonders in the Tetrahedron of Conrad Shawcross
Inaugurated at the Al Jameel Arts Centre, the installation of the British artist.
자세한 정보 #Exhibitions
Horizons of Light and Painting for Asma M’Naouar
The Elmarsa Gallery offers a selection of recent works from the Tunisian artist.
자세한 정보 #BvlgariStories
The Louvre Abu Dhabi Offers a Fresh Vision
Take a spin in a kayak and admire the splendid museum designed by Jean Nouvel.
자세한 정보 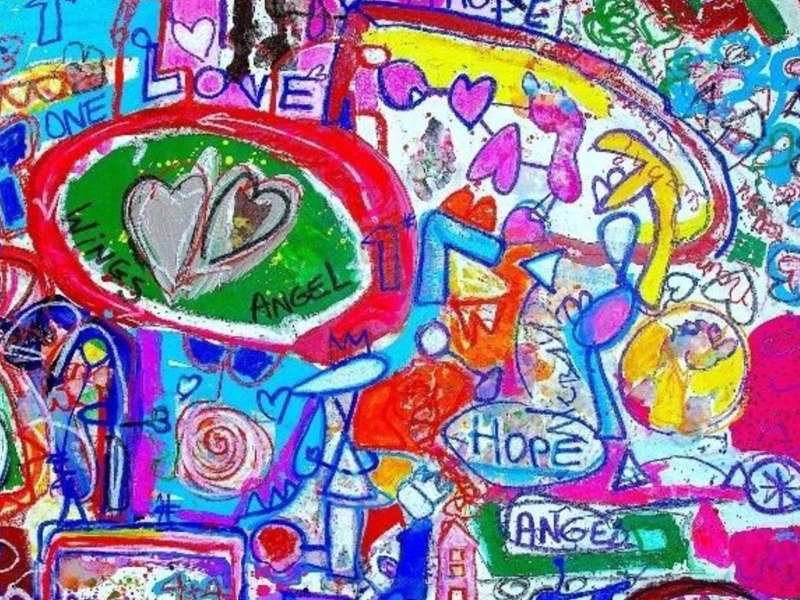 #Art
Sacha Jafri, an Artist in the Guinness Book of World Records
With a retrospective at the Leila Heller Gallery and a gigantic work of art, the British artist comes to Dubai.
자세한 정보