The Water Palace of Ubud

The Water Palace of Ubud
#BulgariStories 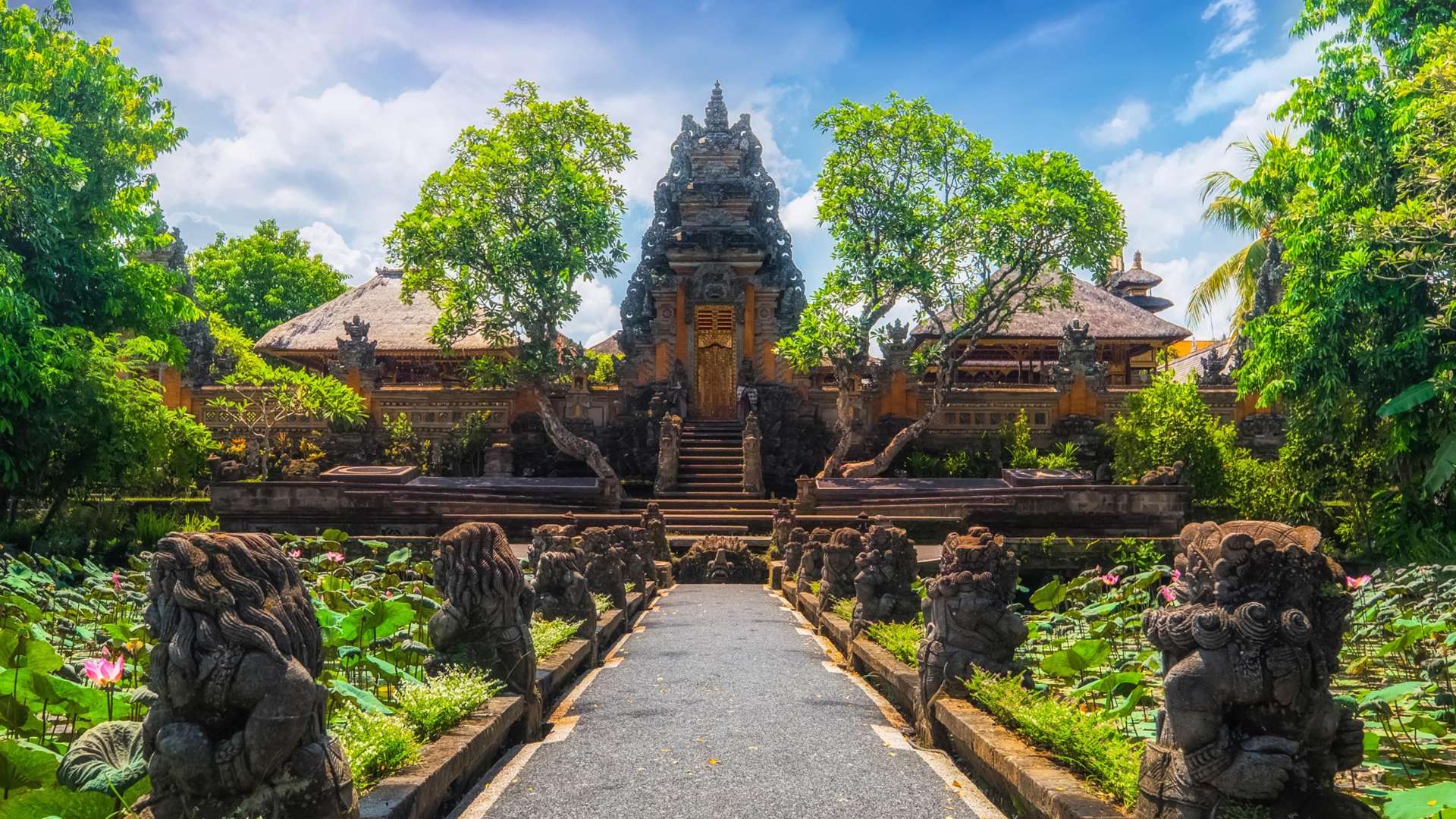 In a quiet corner of the densely-trafficked centre of Ubud, there is a tiny Hindu temple set between two mirrored pools, covered by marvellous lotus flowers which, during the month of September, blossom, further adding to the beauty of this enchanted location. The road leading to the temple is flanked by jasmine-scented trees and decorated by stone sculptures depicting figures from Hindu mythology. Known as the Water Palace of Ubud, Pura Taman Saraswati is an elegant building in the traditional Balinese style, enriched by carvings dedicated to the Hindu goddess of knowledge and the arts, Saraswati. The temple was designed by I Gusti Nyoman Lempad, famous Balinese architect and sculptor, to become the residence of royal Sukawati family of Ubud in 1952, the year of its completion. The master was also the author of some of the statues found within the complex. The palace was built following the rules of the three “mandala” zones. Nista Mandala hosts the entrance, the lotus pond and the water garden. Madya Mandala is comprised of the access to the internal sanctuary with three kori agung doors in red brick, while in the Utama Mandala, the most sacred space in the northeastern section of the temple, are the Padmasana sanctuary and the statue of the goddess Saraswati. Three thrones inside a pavilion (balla) are dedicated to the Hindu trinity of the gods Brahma, Vishnu and Shiva, while another pavilion holds the barong figures used in rituals by the inhabitants of the village. Every evening, on the open-air stage of the temple, set in one of Bali’s most scenic locations, the “sunset dance of the royal palace” is performed, traditional Balinese dances in stunning and colourful costumes set to the music played with the traditional instruments of a gamelan orchestra. 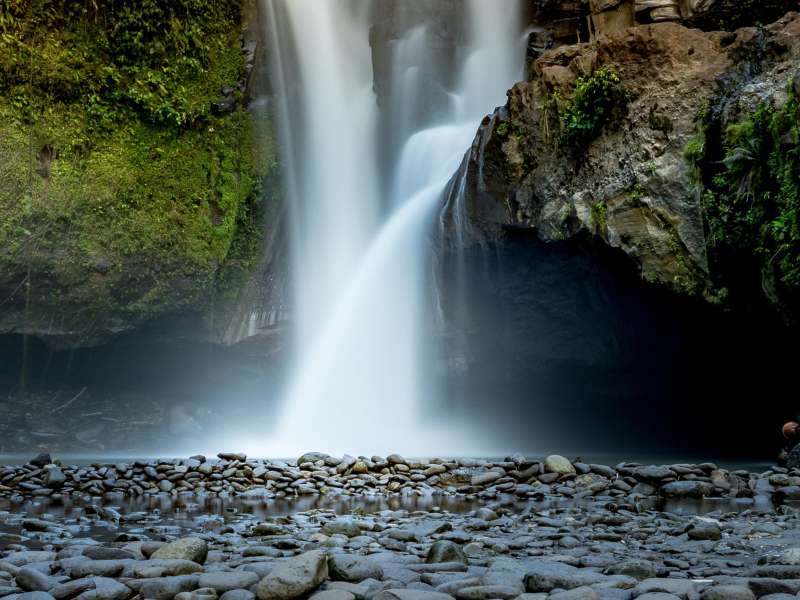 #BulgariStories
Cascades in the Lush Green Jungle
In a tropical jungle near Ubud, the Waterfall of Tegenungan, in the village of Kemenuh, hosts tourists daily who are looking for a stroll and a refreshing swim in the heart of nature.
Read more 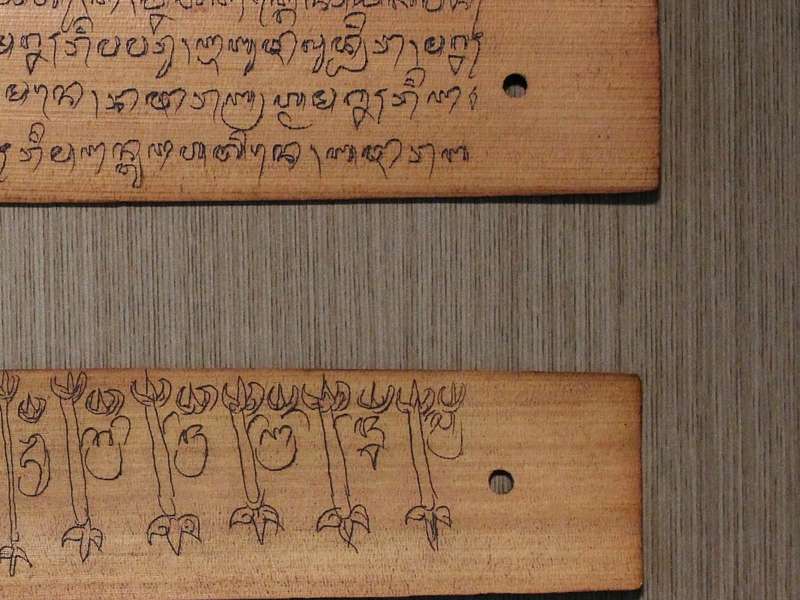 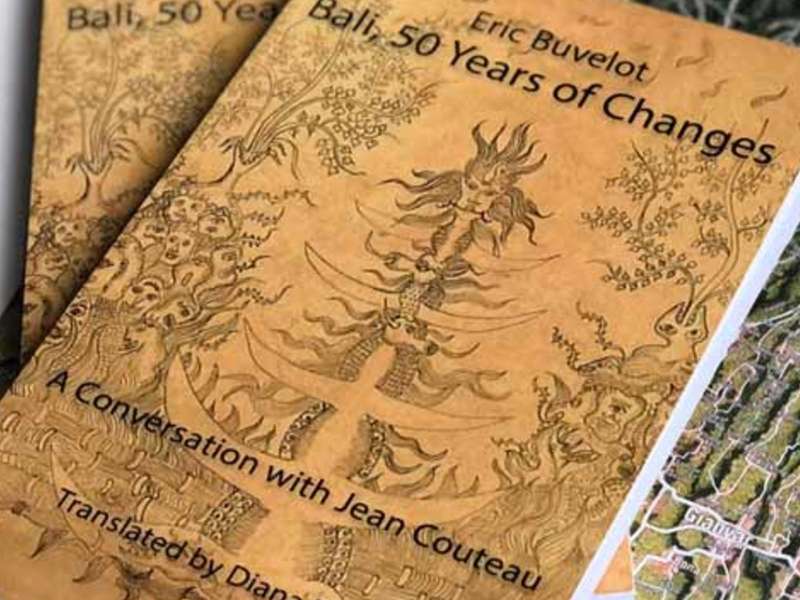 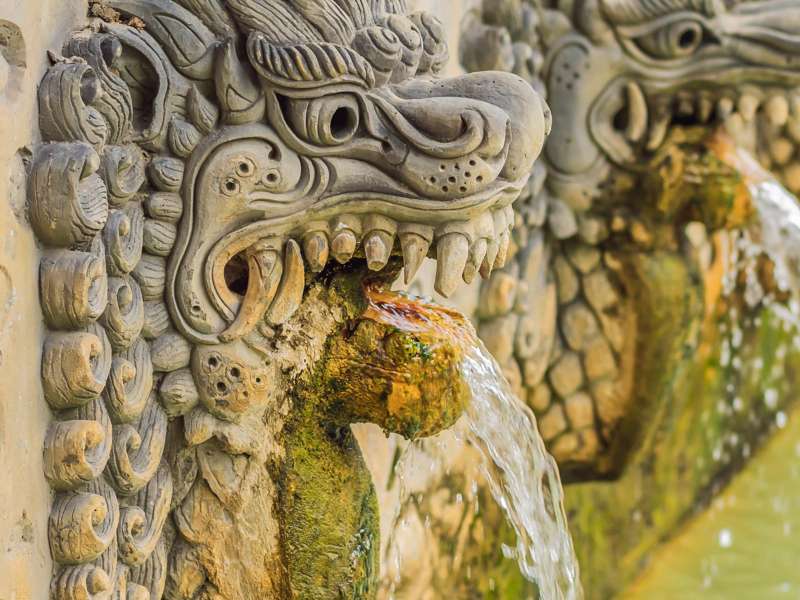 #BulgariStories
The Natural Thermal Springs of Banjar - a Leap into Well-Being
Relaxing in the hot waters of the centuries-old thermal springs of Banjar is the perfect way to begin or end a day in the Balinese jungle.
Read more