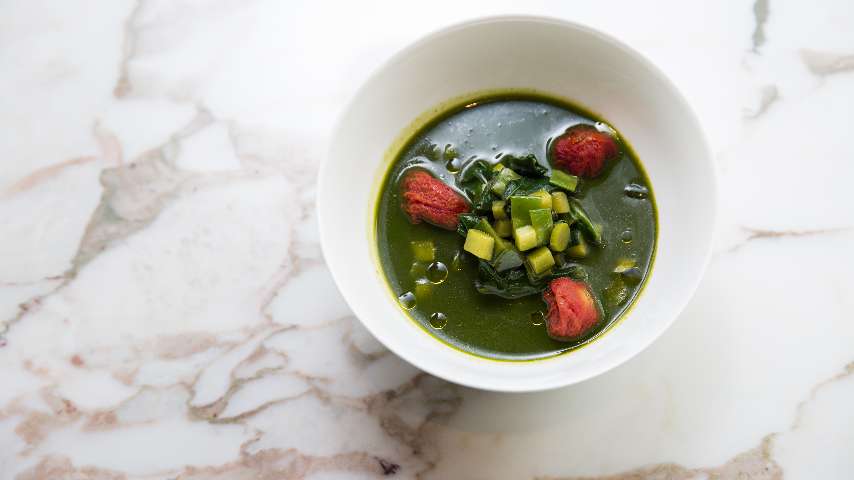 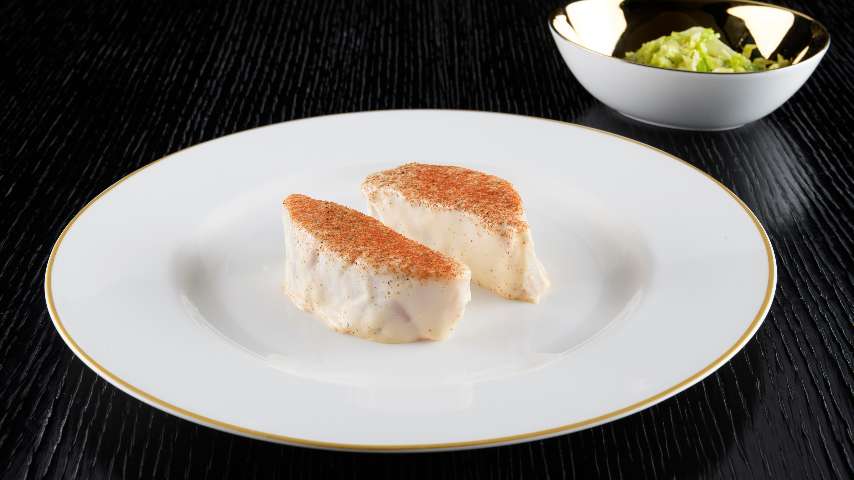 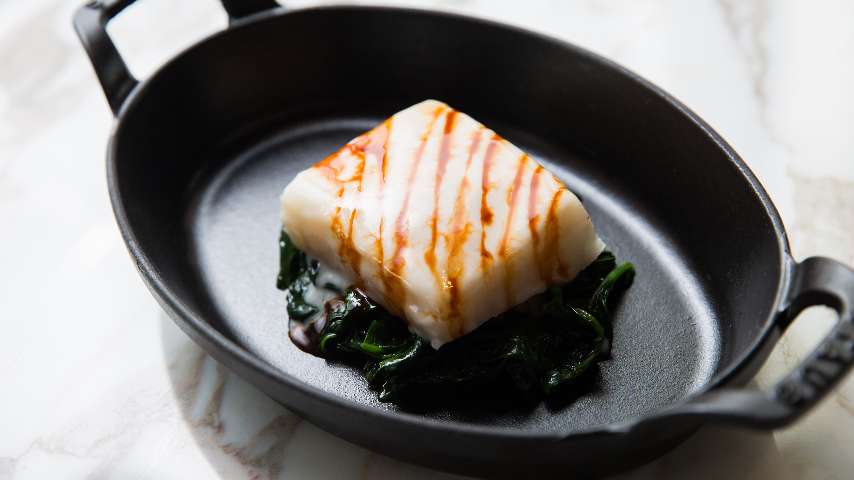 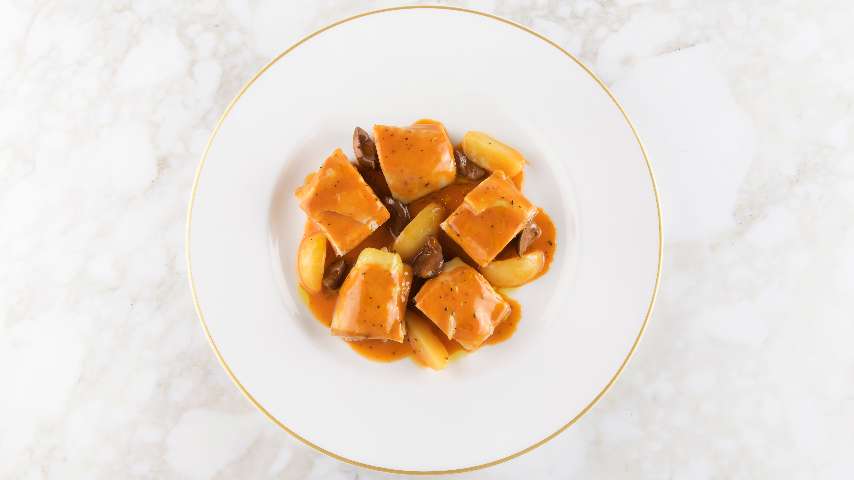 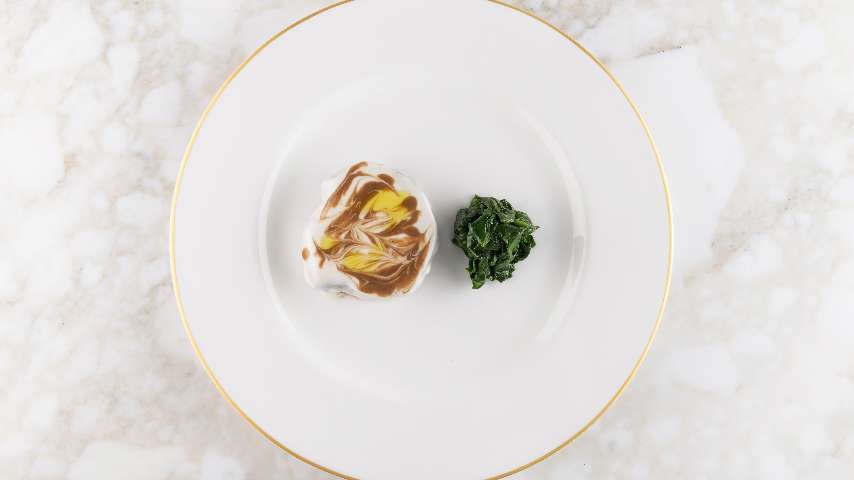 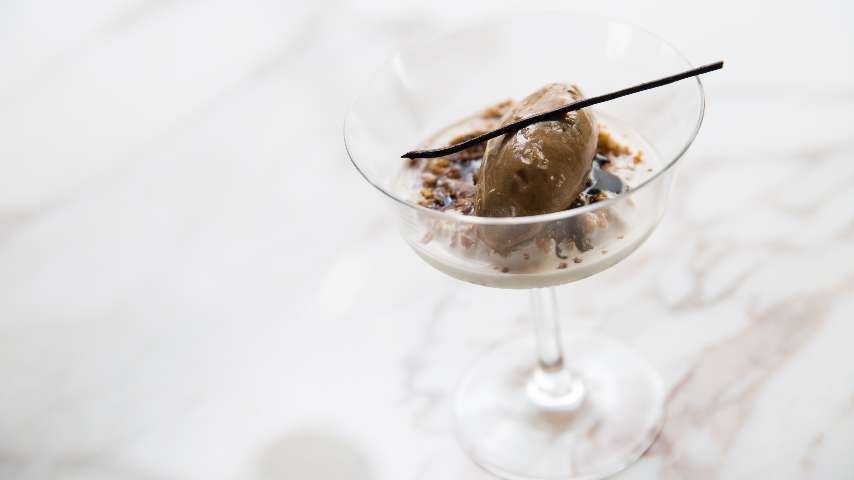 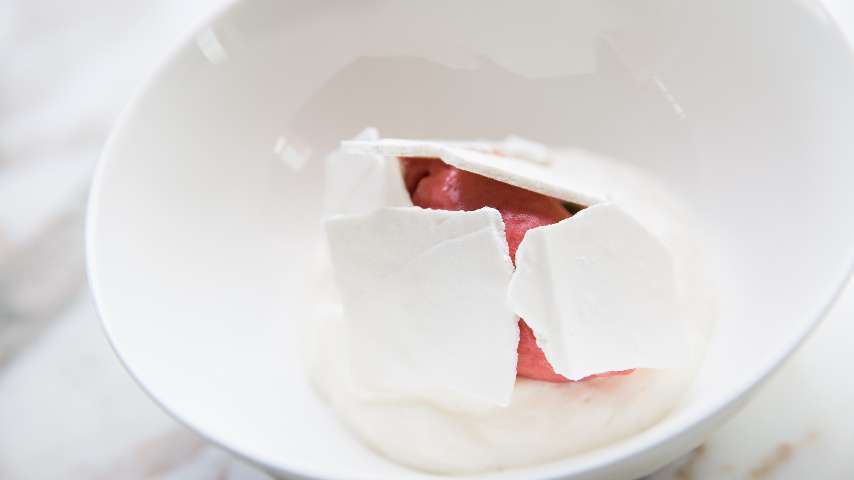 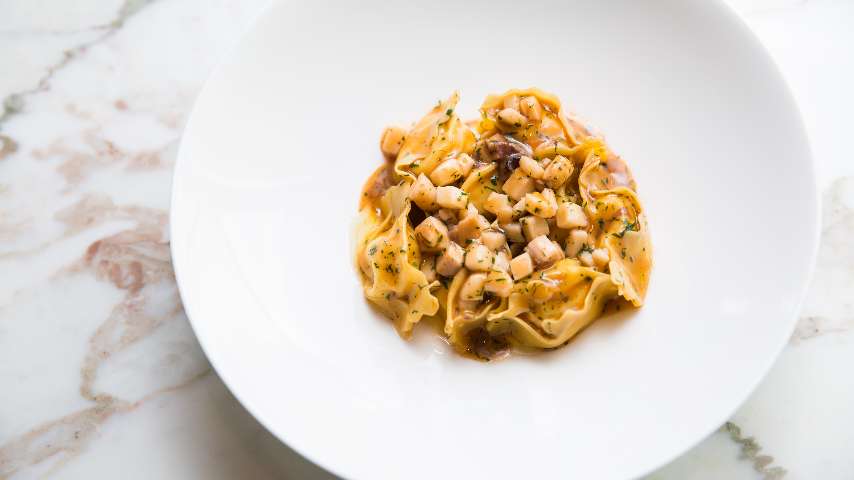 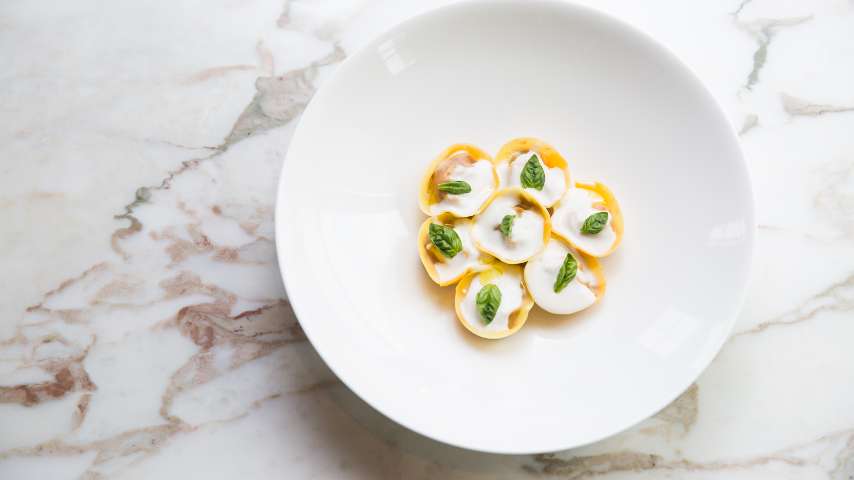 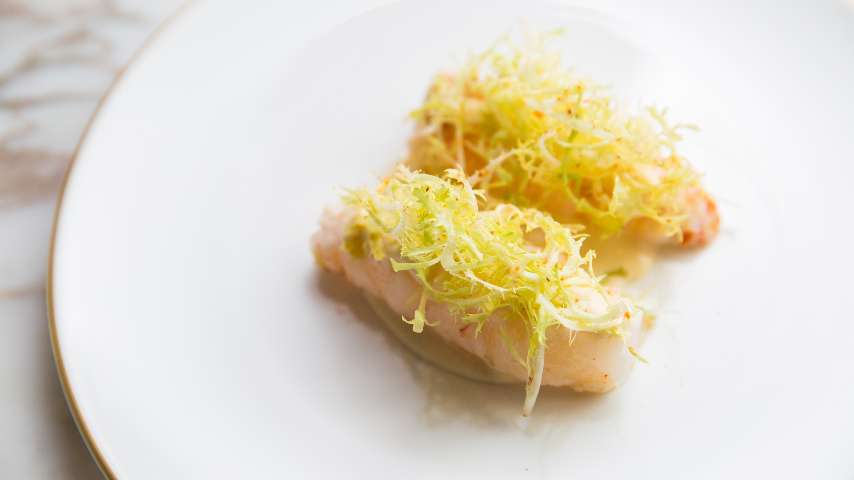 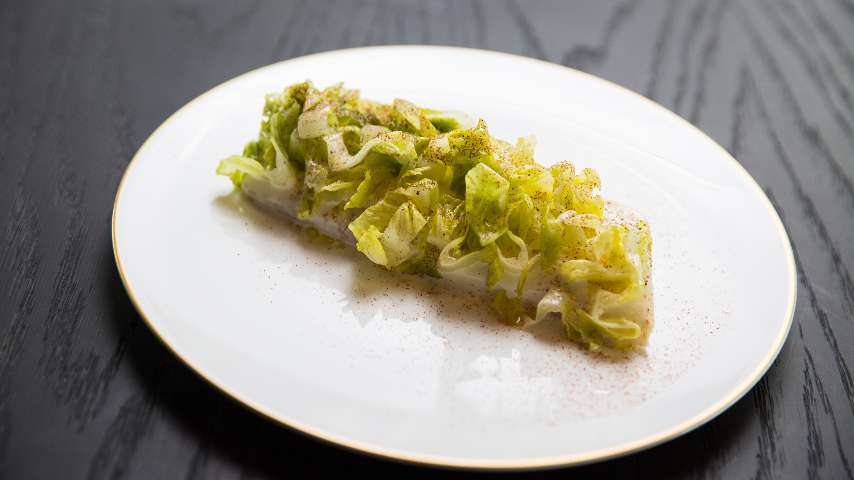 Echoing the glamorous design of its namesakes in Beijing and Dubai, Il Ristorante – Niko Romito celebrates the rich heritage of Italy from the pinnacle 47th floor of The Bvlgari Hotel Shanghai, showcasing breathtaking top-of-the-city views.

An exciting partnership between Bvlgari Hotels & Resorts and Chef Niko Romito, one of the world’s most celebrated chefs with 3 Michelin stars for his Reale restaurant in Abruzzo – brings Romito’s carefully curated canon of contemporary Italian cooking to Shanghai for the first time. With a focus on purity and simplicity, the gastronomic approach combines the finest Italian and locally sourced ingredients with time-tested and innovative techniques.

An extensive selection of Italian and international labels are on the wine list, including organic and biodynamic wines and rare vintage champagnes.

Open for lunch and dinner, Il Ristorante – Niko Romito conjures a distinctive Roman spirit from its lofty perch above the city—making it an immersive and elegant dining experience that exudes Bvlgari’s signature savoir faire. 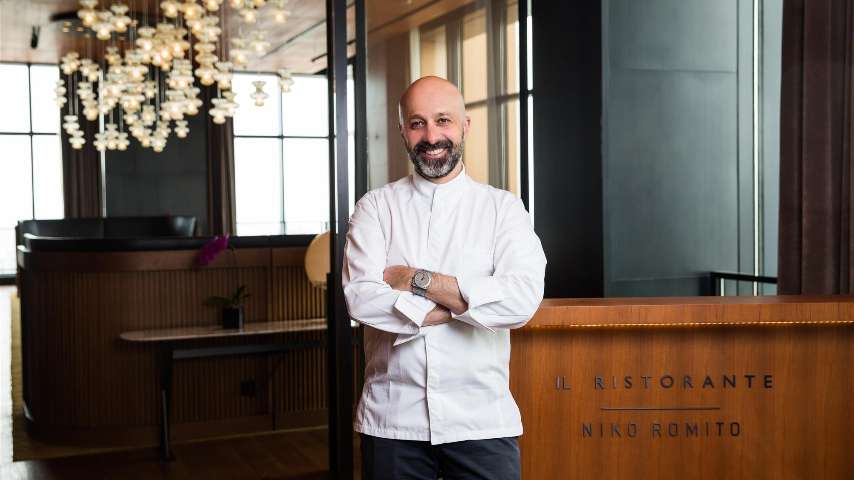 The visionary behind the signature Italian concept pioneered at Il Ristorante - Niko Romito in Dubai, Beijing, Shanghai and Milan, Chef Niko Romito brings extraordinary talent and artistry to the world of Bvlgari Hotels & Resorts. A native of central Italy’s Abruzzo region, he has remained true to his roots while reimagining the flavours of Italy with a daring and simplicity that rewrites the rules of classic cuisine. Before his collaboration with Bvlgari Hotels & Resorts, his restaurant Reale garnered three Michelin stars for its striking contemporary Italian dishes.

Chef Niko is known for his precision and mastery of Italian gastronomy, and his bold concept—developed exclusively for Bvlgari Hotels & Resorts—establishes a new canon of Italian cooking, focusing on the essential ingredients and character that express the culture, elegance and vibrancy of the Made in Italy designation.

The Chef developed the menus and personally trained each of the chefs that helm Il Ristorante - Niko Romito restaurants around the world. He continues to act as a counselor and consultant, overseeing the integrity of the kitchen in every destination.

Originally from Turin, Chef Davide Capucchio studied at the F. Albert Hotel School before taking his first job at the Michelin-starred La Meridiana Relais & Chateaux in Garlenda, Liguria, a coastal region of north-western Italy. Later, he spent one year at Trussardi alla Scala in Milan.

In 2010, he moved to Paris where he has been working for seven years in the kitchens of three of the city’s most prestigious restaurants: the Park Hyatt Paris Vendome, the triple Michelin-starred Guy Savoy, and Les Climats.

Before Shanghai, Chef Capucchio joined Niko Romito at his Accademia in Abruzzo for a year to better understand the concept, vision and philosophy behind the Chef’s pioneering canon of modern Italian cuisine. 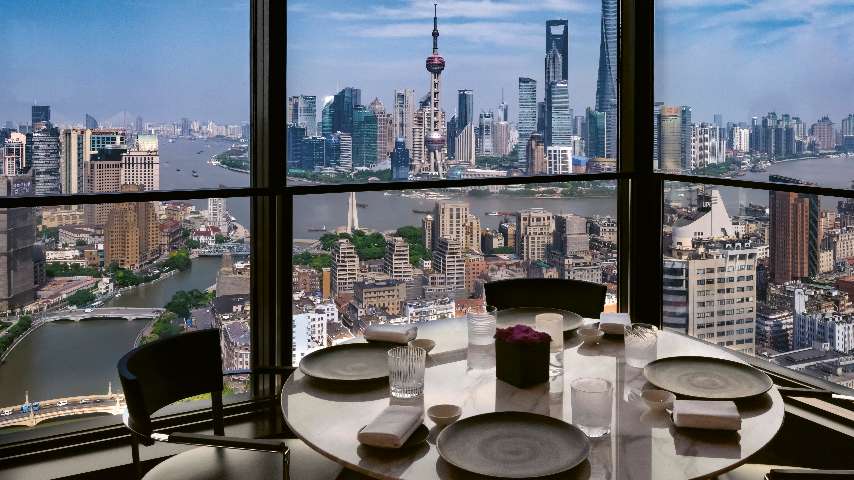 what's on at the hotel 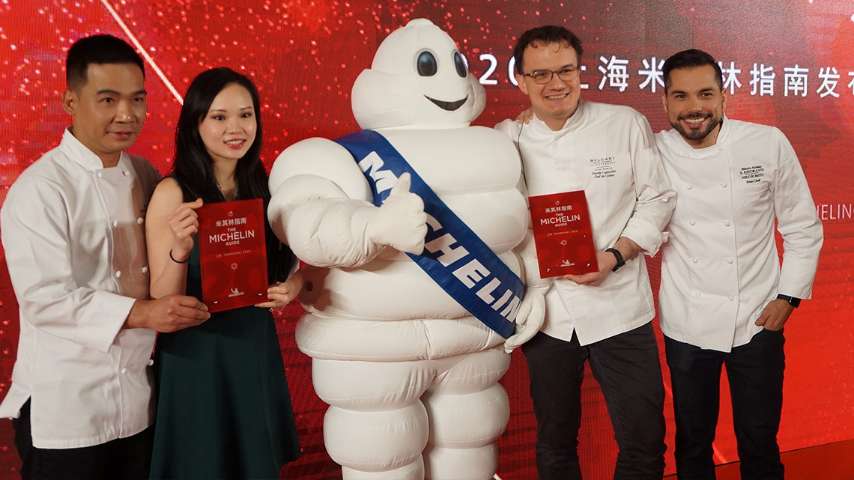 Perched on the roof of the Hotel, and offering an Italian style, La Terrazza treats guests to a dazzling panorama of Shanghai’s unforgettable skyline. Inspired by the resorts of the Riviera, it is an urban oasis featuring teak decking, ivory-cushioned armchairs and curtained cabanas for a discreet escape. Candle-lit lanterns and exotic flora add an ...

Sharing the 47th floor with Il Ristorante–Niko Romito, Il Bar shimmers like a jewel against the panoramic backdrop of the Bund riverfront and Pudong skyline. Il Bar’s centrepiece oval counter, inspired by Rome’s famed Fontana della Barcaccia, has become an icon of the Bvlgari Hotels collection and is reimagined in each property with different ...

what's on in Shanghai